"This information is dedicated to every person who battles against pain."

How We Take Care of Our Health and Our Children’s Health Is About to Change
Dear Friends,It was through our own battle with chronic pain that we came across a little known healthcare procedure that could help both you and your children out of pain and be healthier! It also has the potential of ultimately effecting a global change in health care, as we know it today. Even though it was discovered back in the 30′s, this awesome healing procedure has remained virtually unknown to the general public for over 70 years. It is not an overnight cure. Rather this is a method of natural healing that demands a high level of skill & education from the less than 3,000 Upper Cervical doctors worldwide who are trained to do this wonderful procedure. No drugs or surgery are involved.

The more you understand the science behind it, the more sense it makes. This complex, little known type of health care can restore overall body balance and proper nerve flow from the brain stem to every part of your body. And that means serious healing.This Upper Cervical procedure is restoring the health and function of thousands of people who were told nothing could be done. It is also preventative and even if you have no pain, you can still get better! The prayer of our entire non-profit organization is that this information will change your future as it has ours.Sincerely, Richard and Louella Harris, Founders National Awareness Campaign for Upper Cervical Care, Inc. (NACUCC)A Non-Profit, Consumer Awareness Organization

“So Much Pain. So Unnecessary!”

Louella Harris contracted polio in 1958, in Kenya, East Africa just after she was given the polio vaccine. She was 3 years old. Thirty-four years later, after appearing on television and radio for affirmative action in her state, obtaining a Master’s degree and getting married, pain began creeping up Louella’s arms and neck and burned into her chest. Her medical doctors called it a combination of Post Polio Syndrome, and a condition called Fibromyalgia. Their only recommendations were painkillers and exercise. The pain grew so intense that Louella became confined to bed for months. Any sort of movement at all was agony. Her husband, Richard, became her personal attendant, He dressed and fed her and helped with all her personal needs on a daily basis. Louella couldn’t even sit up to watch television or hold a book. In desperation, the Harrises tried everything, including regular chiropractic. The problem was that the chiropractic procedure she experienced proved ineffective. So had everything else they had tried: Her medical doctors only offered drugs and exercise. Those did not help. Nutrition wasn’t affecting the pain. The traditional chiropractic was a dead end. At that point, things seemed hopeless.

Then, one day, while she lay in bed fighting the pain and watching the clock to see when she could take her next pain pill, Louella had a feeling her prayers may be answered, and there may indeed be an answer out there for her. And when & if she found it, it was going to be much bigger than just for her.

"He gave Louella no guarantees, but the information he shared with her was different than anything she had ever heard of before. That in itself gave her HOPE."

A few weeks later, a friend called and told her about Upper Cervical Atlas Orthogonal specialty in chiropractic. Louella located & contacted Dr. Pierce of St Petersburg FLA (Dr. Racine’s mentor), who is an Upper Cervical doctor. Dr. Pierce turned out to be a highly skilled, big-hearted doctor who took the time to call her back and answer as many questions as possible. He gave Louella no guarantees, but the information he shared with her was different than anything she had ever heard of before. That in itself gave her hope. Louella’s most immediate concern, even in the midst of her pain, was the cost of this procedure. She had not worked in months and any cost was going to be a burden. They soon found out that even though the training required to master this procedure was intensive, it cost no more than any other type of chiropractic care. She knew that the sooner a person could get under this type of health care, the better the chances were for recovery. Just four months after Louella experienced treatments with precision Upper Cervical chiropractic – she was out of bed, back to work, and pregnant! Nine months later she gave birth to a baby girl at age 39, naturally. That was just the beginning.

"… These were people who had been told by their medical doctors there was nothing that could be done for them."

After her dramatic recovery, Richard and Louella met people who had struggled with all kinds of painful conditions. These were people who had been told by their medical doctors there was nothing that could be done for them. However, with the help of Upper Cervical specific chiropractic, many people’s conditions were either being eased or eliminated all together by having their bodies balanced and proper brain/body communication restored. These were people who had suffered from fibromyalgia, migraines, epilepsy, neck pain, hypertension, trigeminal neuralgia, TMJ, arthritis, carpal tunnel, immune system disorders, herniated disks, numbness and tingling in the limbs, allergies and asthma, neck, back, arm and feet pain, sciatica and more, all of which were improving to some degree or another.

Even people who suffered injuries in auto accidents were being helped in a fraction of the time and expense as those undergoing traditional forms of rehabilitation. The Upper Cervical procedure was not a cure-all by any means. However, it was surprising how much improvement was experienced by so many people with a variety of conditions. They also soon realized that if healthy children and adults would get under this care, countless problems could be avoided before they ever start. But people just didn’t know to do that. The Harrises didn’t. In fact, when it finally dawned on the Harrises how fundamental this procedure was to overall health, they were appalled at their own ignorance and the ignorance of the general public. They had lived almost 40 years with absolutely no information about this at all. It was obvious that at the age of 3 when Louella’s health problems first started, if someone had told Louella’s parents about this procedure, her whole life might have been different. When the Harrises grasped the fact that all that suffering might have been avoided, not just in her life, but in the lives of millions of others, they felt impelled to take a leap of faith, drop both their careers, and founded the National Awareness Campaign for Upper Cervical Care. The N.A.C.U.C.C. is a non-profit consumer awareness organization dedicated to educating the public worldwide about this care.

"It’s one thing to hurt because nothing can be done. It’s entirely another to suffer because of ignorance. That’s tragic."

During one of her recent interviews on CBS, Louella said, “This type of health care (Upper Cervical chiropractic) was available all the time I suffered. We just didn’t know about it. It’s one thing to hurt because nothing can be done. It’s entirely another to suffer because of ignorance. That’s tragic. There are millions of people in pain right now because they’ve never heard of this. There are millions of children facing a lifetime of problems because their parents are unaware of the critical role the care of the brain stem area & nervous system interference, plays in the future health of their child. There’s so much pain and it’s so unnecessary. It has to stop. NACUCC is committed to reaching every man, woman and child with this information. When the public at large finally grasps how fundamental Upper Cervical health care is to the health of the entire body, it will change how we take care of ourselves and how we care take care of our children.”

Another patient tells their story.

Hello, Louella!
This letter is to thank you for your determination to tell your incredible story around the country.

In August of 1994, my husband was attacked with another bout of Trigeminal Neuralgia. It is known as the most painful disease known to man. There is no cure. Other than surgery ($30,000+) and that works only half of the time – the pain is so debilitating that you come to a state of inertia. You don’t talk, work or function in any normal capacity. You’re life is one filled with constant pain. You hate to eat or move because anything can set off the crescendo that escalates the pain that is always there.

The drugs had James so doped that on Christmas morning we managed to get him downstairs for fifteen minutes, and then back up to his bed. I knew that the heavy medications wasn’t taking all of the pain away because he still grimaced and tossed in his sleep. From February to June, the symptoms waned and he returned to normalcy. When the pain returned in July, it came on faster, stronger and with more devastating depression. We tried chiropractors, minerals, herbs, & acupuncture too. We finally found a Chinese Medical doctor who could do acupuncture points that would divert the pain somewhat. A herbal tea helped him tolerate the pain a little bit to. Often he wouldn’t sleep four to five nights straight, crying, wishing he could die.

"What I didn’t know was that James was ready to commit suicide."

In November I knew he had reached the end of his endurance and our money. What I didn’t know was that James was ready to commit suicide. He had the gun. Everything was set. Three days before he planned to pull the trigger I heard you on the radio sharing your experience of healing & recovery. After hearing your program, I had hope. I came home, took a small radio up to my husband’s room & asked him to listen. He was skeptical. We’d tried everything else. He listened and even though his hope was really low, we called your toll free number. In a day, a wonderful Upper Cervical Chiropractor called us back. I explained James’ condition. This doctor offered me hope, but guaranteed nothing. Three days later we went to the doctor’s office. The chiropractor x-rayed, analyzed and adjusted my husband’s neck with that soft touch you barely even feel. When we there in the office, James was completely skeptical. He didn’t think the doctor had done anything and it was just more money down the drain. I reminded him that you (Louella) had felt the same way when you got your first adjustment

"Within two weeks there was no pain at all."

But, Louella, within three days there was a marked decrease in the pain level. Within two weeks there was no pain at all. My husband is now back to work doing what he loves to do. We’ve shared with everyone we meet the science upper cervical chiropractors offer. One friend who suffered migraines every 2-3 weeks has been migraine free for over four months. A 86 year old woman who’d had pain since she fell off a bridge on her head at age 8 can now walk from her bedroom to the kitchen without pain. A 70-year-old woman who had severe shoulder pain for two years, is now pain-free. A friend’s mother who couldn’t sleep at night due to pain, now sleeps pain-free. A brother and a sister in our church have lived with chronic lower back pain for years. They work without pain now. Our pastor dealt with headaches for the last fifteen years, and now never has a headache. There are may others, but you get the point.

"Our pastor dealt with headaches for the last fifteen years, and now never has a headache." 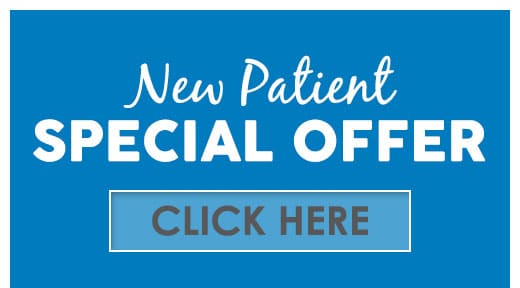